A key sign of aging in men is the development of lines and wrinkles that appear due to repeated facial expressions such as smiling, laughing and frowning.

The most popular physician-administered, non-invasive treatment, for men and women, to address the signs of aging from expression lines or ‘dynamic wrinkles’ is BOTOX® Cosmetic.

Why Men Choose to Have Treatments of BOTOX® Cosmetic 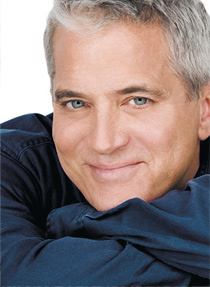 More men are becoming concerned with skin aging. They are more conscious of the need to look rested, refreshed and youthful. The prevailing notion that men with wrinkles are considered more masculine or distinguished is slowly losing popularity.

BOTOX® Cosmetic injections have been very successful with men as they address the concerns that men often have when they look at themselves in the mirror. They feel energetic, invigorated and confident but their appearance does not necessarily reflect how they feel.

Tiny injections of BOTOX® Cosmetic 2-3 times a year not only prevent further deepening of lines, but soften the lines that already exist resulting in a refreshed appearance.

What Are the More Common Areas Men Seek to Treat?

The Glabella – the lines between the eyebrows appear over time due to repeated frowning. 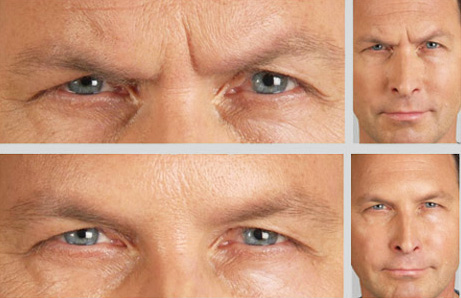 *These photos are provided for informative purposes and are not a guarantee of the result.

The Crow’s Feet – the lines that radiate outward from the outer corner of the eye appear due to repeated actions such as smiling, laughing or squinting. 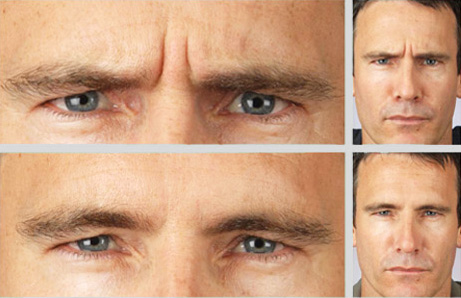 *These photos are provided for informative purposes and are not a guarantee of the result.

Horizontal Forehead Lines – the lines that appear over time due to repeated actions such as raising one’s eyebrows or normal animation while talking.

Are BOTOX® Cosmetic Treatments the Same For Men and Women?

Men respond just as well to BOTOX® Cosmetic as women, but to achieve desired results they generally need a higher dose. The reason men require more units of BOTOX® Cosmetic than women is due to the fact that they have a greater muscle mass than women. Since BOTOX® Cosmetic works as a muscle relaxant, larger/stronger muscles means the required dose will be greater.

Schedule an appointment with PEAU to start your treatments or for more information.